RACISM is the world’s most poisonous social disease and should be understood by everybody. Unfortunately, most schools of the world do not teach the nature of this cancerous disease. Here are four facts about racism that everybody should learn as early in life as possible.

1. Racism is universal but more virulent in some countries such as the United States, South Africa, and India than in others such as Japan or Fiji.

3. Racism is costly. One estimate of the cost of racism in the U.S. is $1.9 trillion. This amounts to a loss of income of $5,800 for every man, woman, child and baby in America. A recent study of racism in Australia by Dr. Amanuel Ellis found that racism costs that nation $39 billion every year. One dramatic example of the spiritual karma of racism is offered by the eleven former Confederate states of the U.S. Their population is 108 million, of the U.S. total of 325 million, nearly 1/3. The U.S. as a whole has won 283 Nobel Prizes in the three sciences. By purely statistical logic the eleven former Confederate states should have won 93 Nobel Prizes in the three sciences. Those eleven states have won zero Nobel prizes in the sciences. The costs of racism are not only economic, the costs are also psychological and spiritual. According to most religions, people who hate are not allowed into heaven.

4. There have been many attempts to remedy racism.  Here are summaries of the best-known published proposed researched-based remedies:

Up until now, no remedy has been sustained. The oldest known remedy was implemented by Confucius which, among other measures, included ensuring that every male-owned land. Confucius’ remedy, according to the historian Will Durant, resulted in reducing crime in the Province of Lu (present-day Shandong, population 100,000,000) to zero. Thomas Jefferson tried to implement Confucius remedy in Virginia but his idea was rejected by the House of Burgesses. The remedy for racism and most other social diseases offered by Jesus Christ in John 13:34 has never been tried except in one special city, Berea, Kentucky, 1855. Another notable attempt was King Se-Jong in Korea who appointed a member of Korea’s lowest caste, a sang-nom, to his cabinet. King Sejong’s attitude preceded the birth of the democratic spirit in the West by three centuries.  Nobel Laureate Milton Friedman’s Remedy caught the politicians, economists, and bankers of his day by surprise, and none responded.  Just before he died, in 2006, Professor Friedman told this writer that he knew of no attempts to implement his remedy.

Professor Friedman’s remedy or formula is summarized below:

Probably the best suggestion for leveling the “playing field” of education in order to safeguard the underlying premise of democracy (the equality of human beings) was offered in 1962 by Professor Friedman. (Shortly before he died, I asked him if his idea had been tried anywhere. His sad answer: “No.”)

The Problem: “The under-investment in human capital presumably reflects an imperfection in the capital market. The device adopted to meet the corresponding problem for other risky investments is equity investment plus limited liability . . . of the shareholders” (p. 102)

Toward a Solution: “The counterpart for education would be to “buy” a share in an individual’s earning(s), to advance him the funds needed to finance his training on condition that he agree to pay a specific fraction of his future earnings.  . . . a lender would get back more than his initial investment from successful individuals, which would compensate for the failure to recoup his original investment from the unsuccessful."

“There seems no legal obstacles to private contracts of this kind1, even though they are economically equivalent to the purchase of a share in an individual’s earning capacity and thus to partial slavery. One reason why such contracts have not become common, despite their potential profitability to both lender and borrower, is presumably the high costs of administrating them, given the freedom of individuals to move from one place to another, the need for getting accurate income statements, and the long period over which the contract would run . . . It seems highly likely, however, that a major role has also been played by the . . . novelty of the idea . . . For several reasons, it would be preferable for private financial institutions and non-profit institutions such as foundations and universities to develop this plan.”

The Appeal: “But if the danger is real, so is the opportunity. Existing imperfections in the capital market tend to restrict the more expensive vocational and professional training to individuals whose parents . . . can finance the [early] training required.  They make such individuals a “non-competing” group sheltered from competition by the unavailability of the necessary capital to many able (poor) individuals.  The result is to perpetuate inequalities in wealth and status.  The development of arrangements such as outlined above would make capital more widely available and would thereby do much to make equality of opportunity a reality, diminish inequalities of income and wealth, and promote the full use of our human resources.  And it would do so not by impeding competition, destroying incentive, and dealing with symptoms, as would result from outright redistribution of income, but by strengthening competition, making incentives effective, and eliminating the causes of inequality.”   (p. 107)

Implementing the Concept:  Acknowledge, as Freud discovered and as Professor Kisou Kubota, MD, Ph.D., urged, that one’s general education begin very early, music at age 24 months to help the brain wire itself, per the Suzuki Method; scientific thinking skill training at age 3 ½, etc.  (2) Investors “hedge” their investment by investing in children with robust talent, drive, and support systems.  (3) The Academy “hedges” its investment by exposing the child to geniuses of every sort.  (4) The child chooses a career before age 8, as recommended by Prof. Kubota, after being exposed to almost every career choice, and obtains frequent confirmation by sophisticated career guidance instruments. (5)  The Investors (philanthropists or the Academy?) hedge their risks by ensuring every child’s future income with Lords of London.

[1] Bolding, italics, and brackets are mine.

[2] Professor Friedman overestimated the novelty of his idea.  In the late 1800’s wealthy persons invested in the training of boxers.  Profession Friedman also underestimated the acceptability of his idea.  Historian Edward Gibbon described the joy with which Europeans “gave” their children into the priesthood in medieval times.

Find Every Child’s Talents Early; Offer that child a first-class Education in return for “a fraction of the child’s future earnings.” -- Nobel Laureate Milton Friedman in his classic, Capitalism and Freedom, 1962, which provides the financing for an entirely new form of education since taxpayer-funded education in America has proved to be a failure. 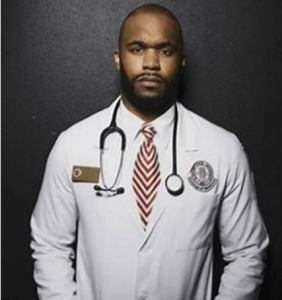 Myron Rolle, MD, is one of many athletes to become physicians.  He played college football at Florida State where he also earned an MD degree to became a neurosurgery resident at Harvard Medical School.  He was drafted by the Tennessee Titans but passed up that offer to become a Rhodes Scholar at Oxford. 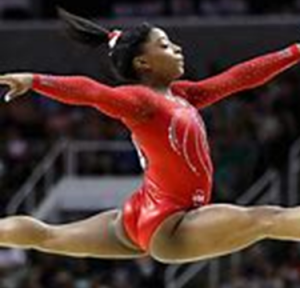 If a new type of educator anticipated by Milton Friedman, had identified all of Ms. Biles’ potential talents by age 3½, she probably would be in line to earn $400,000 per year as a physician for 40 years or around $20,000,000 total.  That educator’s investment of $520,000 would have yielded a return of at least $1.5 million, plus enormous psychological satisfaction. Many athletes, in Track and Field, Tennis, Golf, Baseball, Football, Soccer, and Basketball, out-earn gymnasts.  All of those talents and high interests in medical science, etc., blossom before age 3½ and if mentored properly yield high levels of financial and psychological success.  Most potential physicians’ parents will eagerly accept Professor Friedman’s remedy.  It is a financial deal, not “partial slavery.”

Laurent Duverney Tardif, MD, an offensive lineman for the 2020 Super Bowl Champion Kansas City Chiefs, signed a five-year contract for $41 million.  Once his football career is over he is expected to earn an additional $12,000,000, at least.  Professor William Maxwell’s 900 students over a six-year period at the University of Advancing Technology, Tempe, Arizona, were required to study two geniuses, one inside the family and one outside.  Common attributes: (1) Once the child reached age 2 or 2 ½, the father dedicated himself to becoming the child’s principal educator and mentor, and (2) the father’s guidance was often magical, seemingly inspired from heaven.  Examples: Hypatia, Marie Curie, Leonardo Da Vinci, Jascha Heifetz, Venus and Serena Williams, Tiger Woods, and Carl Lewis who won 9 Olympic Gold Medals. 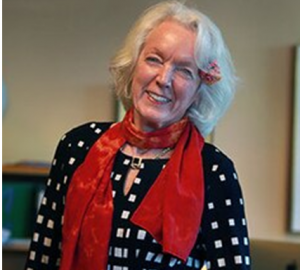 Tenley Albright, MD, won the Olympic Gold Medal for Figure Skating at the 1956 Winter Olympics.  She went on to become a surgeon and a professor at the Harvard Medical School.

Parents who have found the genius in their child or investors wishing to sponsor geniuses in athletics and the health professions, and philanthropists wishing to help ennoble future generations are invited to call Professor William Maxwell: 404.322.1403.